Producer Q&A session: SONZ OF MECHA on now till wednesdy

Seek advice, post tracks, help others, discuss studio hardware and software - from studio pros to beginners, all are welcome...

Producer Q&A session: SONZ OF MECHA on now till wednesdy

Righty o then, we've got a treat lined up here: SONZ OF MECHA are going to do a music making Q&A session starting Wednesday 21st of March.


Since the days of the pirate radio stations and the ever growing breaks scene Mechanoise music group has evolved into 5 record labels and the international online community that is BFM. Keep your eyes peeled for the impending Mechanoise album dropping in May, which will be delivering 8 phat tracks at full 12" single quality across 4 vinyls.

The good bods of Mecha have put a copy of the impending four-piece-vinyl Album up for grabs! All you have to do is email your answer to the following question:


email your answer and user name to mechanoisecompetition@googlemail.com
Last edited by Walter Odington on Fri Mar 16, 2007 9:10 am, edited 6 times in total.
"Once it has penetrated, a paralyzing saliva subdues the prey and the snail feeds at leisure, often beginning with the softest parts such as the gonads and gut."
Top

(and correct details... d'oh)
"Once it has penetrated, a paralyzing saliva subdues the prey and the snail feeds at leisure, often beginning with the softest parts such as the gonads and gut."
Top

Since much of Nuskools "nastiness" is derived from earlier Jungle/DnB, do you feel that Nuskool truely stands out on it's own or is simply a slowed down brother/sister of Jungle/DnB

I was jamming bassheavy Flordia style stuff in the mid '90s, along w/lots of hard and disgusting metal. The entire DnB/Jungle scene passed me by, and I never truely knew of it until '99ish (had heard the odd "fast" dance track, but still didn't know what it was). If I had been exposed to that sound, I would have embraced it.

So, when I first starting hearing all the menacing filtering going on in breaks '99ish - I assumed it was a NEW sound. From what I've gathered over the years - it looks like Nuskool simply borrowed 50% + from it's faster brethren..... edits, insane filtering, complex layering.


Taking into account that you guys have been listening to this type of music for a long time: when you guys started the Sons of Mecha project, were you thinking, "We're starting some seriously 'new' stuff" or did you simply feel like you were borrowing a lot of ideas that had already been done before but at different tempos

To answer your questions Chris -

The grooves in tearout/basline breaks are very different to those of it's drum n bass counterpart but the production style is a progression of something that has been developed since the early days of breaks based edm in the uk. It's a uk thing basically, it revolutionised the way edm was produced and still does to this day.

Breakbeat based edm has always been linked in the UK, from back in the splintered offshoot days circa 87-89, there wasn't really a set name for it then but it grew into Hardcore or what many people now know as Old Skool, this then splintered off again as the production progressed and differrent people pushed different aspects of it and Drum n Bass, Jungle, and Happy Hardcore were developed. At the same time as this some of the artists making Hardcore went in a different direction, Hardcore was getting faster and faster as it developed into Drum n Bass. As a reaction to this a handfull of artists kept the tempo at around 130 -140 and a nameless form of breakbeat emerged. This then went on through the big beat/brit hop era, they didn't fall under that umbrella but were around at that time. Then Nu Skool (not the blanket term that overseas people think it is) emerged and with it came a multitude of tracks at a simliar tempo. Let us not forget the speed garage sound that also emerged from drum n bass in 96, the tempo was similar to breaks as it is now and the sounds and influences were taken from all over to form something new, although the beats were swinging which was reminiscant of US hip hop and garage

This is when we started to write/release the early Sunz material (96-98 ), playing it off of dub at our london residency at the time. So you could say that we were influenced by the whole gamut of breakbeat music that we grew up on. The production style we developed was definatly influenced by drum n bass as well as many other strains of edm that came out over the previous 10 years.

We were hardcore ravers that took influences from our past to make something for the future at a tempo that allowed more space within the groove so as to create a sound that humans interact with through loud sound systems.
Top

What's your setup? Do you use alot of vsti's which ones? What kind (if any) of outboard processing do you incorporate? Any tips/tricks you wish to divulge? How long does it usually take for you to get through a tune?
Top

top mixdown tips?
dance your cares away, worries for another day

which action figures are in your studio?

any advice on finishing complicated tunes in a reasonable amount of time?

what did the leper say to the prostitute?
ill gates aka the phat conductor
producer, performer + ableton/music teacher http://www.thephatconductor.com

I'm still a bit fucked from bpoll last night so i'm gonna rest up and answer your questions tomorrow, but i can tell you we have a plethora of action figures in the studio including iron man (pre 70's) and about 35 homies.
Top

"did my nob fall off in your cunt last night?"

dance your cares away, worries for another day

Who/what inspires you and where do you draw your influences from?
Strontium Music

What are the important ingredients to a great tune?
"Once it has penetrated, a paralyzing saliva subdues the prey and the snail feeds at leisure, often beginning with the softest parts such as the gonads and gut."
Top

Right then, a new week is upon us and your questions shall be answered.

Mix downs - everyone has there own way of doing them, ours evolves all the time, having come from a strictly analogue background we are still finding the best integration of digital and analogue for our sound.

Panning adds depth to your mix, sub should always be mono imo, your top lines panned hard left and right, percussive lines panned out slightly to one side obviously alternating with each sound. Play about with panning once your arrangement is done and see how it affects the scope of your track. Width is important but weight in the center shouldn't be lost.

Make sure you know the room and speakers you are workin with, this is very important in terms of under or over compensating.

If your using a mainly digital set up then make sure you add warmth in some way.

One thing to remember - if the quality of your sounds/samples is good your mixdown will be about providing the right space for each frequency.


Our musical influences are vast, from classical compositions by Chopin to Trent Reznor to Chuck D to Ant Miles and most things in between. Between us we listen to so many different genres and artists it's hard for each one not to influence us in some way.

Robert Anton Wilson,David Icke,James Refield,Jim Keith to name a few are also big influences on our music and our philosophys in life.


Important Ingredients to a great tune -

Talent and ideas, technical knowledge can be learnt from books/magazines/studio experience, but if you don't have the talent to come up with great ideas, no amount of technical know how will make up for that in the long run imo.
Top

dance your cares away, worries for another day

do you use sample cds?

I'm interested to know whether you do the same thing as I know a lot of drum and bass producers do and try to make the waves of your finished tracks look like one fat block on the screen with no visible peaks in order to make it sound as full as possible or whether you find that this isn't as important when you're making beats at 135/140bpm?

To answer your questions -

Personally I find myself using the Albino 2 a hell of a lot right now, Alex has been caining the Vanguard synth a lot recently too.

We hardly ever use sample cd's, we dig crates or search on the web mostly.

Soft samplers have kept our akai switched off for quite some time.

The meaning of life is somewhat evasive but keep an eye on those lizards.

Maximising a track works well for mp3 mastering (L2) but when it comes to vinyl mastering I prefer to leave the cutting engineer some headroom so he can do his thing (Shane your a legend bruv).

This is the last day of the q n a so if you have anything else you would like to ask, get it in quick.

favourite tunes? breaks-wise, and in general

favourite breaks? or stuff you think you've used way too much

how much do you put work to your bass sounds and basslines, and how do you usually process them.

studio drinks/snacks? if so, which one's are your favourites?

can you extend the q&a?
rah
Top

This Q&A has been a little slow off the mark - probably due to the short notice period. If the sunz want to extend it, that would be great, but I am aware they have a ludicrously busy schedule and are just about to head off on an US tour any day now... Sonz? 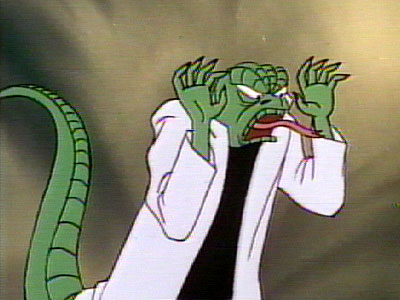 "Once it has penetrated, a paralyzing saliva subdues the prey and the snail feeds at leisure, often beginning with the softest parts such as the gonads and gut."
Top

Yeah man, extend it by all means.
Top

I wanna know... the Sonz seem to have a big US following. What is the US scene like?

In the UK we are fiecely protective over our alleged 'ownership' of modern breakbeat styles - we all have images of US breaks fans driving round in jeeps listening to Miami Bass, and sometimes the US based stuff gets little credit from the UK.

What do the US bring to the global breakbeat table?
"Once it has penetrated, a paralyzing saliva subdues the prey and the snail feeds at leisure, often beginning with the softest parts such as the gonads and gut."
Top
Post Reply
34 posts